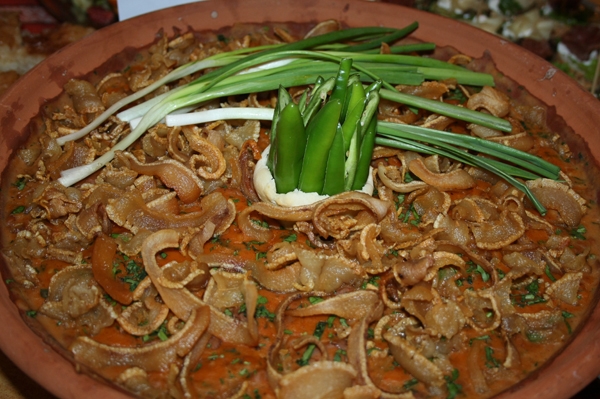 Original and diverse, the Bansko cuisine is famous across Bulgaria with its stewed dishes, unique home-made sausages and appetizers. The most typical ones are kapama, chomlek, katino meze, banski starets, flat-sausage in Bansko style, and black pudding offered in all folk-style taverns and restaurants in Bansko and Dobrinishte. The local cuisine based on old recipes and pure home-made products is a strong argument that attracts foreign tourists getting them closer to the typical way of living and culinary traditions of the local population. 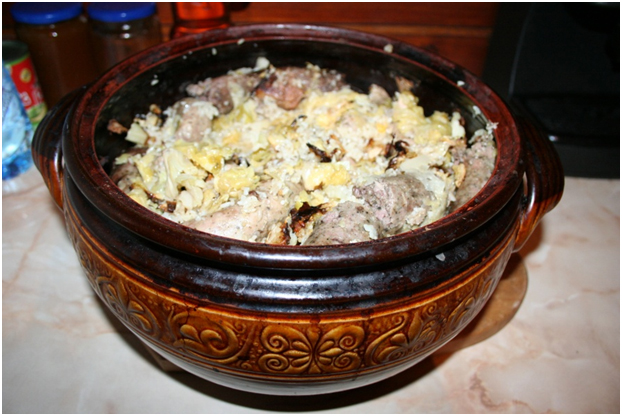 A mix of rice, tiny chopped sauerkraut and circles of chekane /a type of local beet/ is prepared in advance and fried in oil seasoned with black pepper, laurel leaf and salt. Then veal, pork, chicken and black pudding are chopped in big pieces. Rows of whole cabbage leaves on the bottom, meat pieces, stuffing, cabbage leaves, meat, stuffing, and so on are arranged subsequently in a big earthen pot; white wine and water are added. The pot is then covered with an earthen lid and is sealed with dough. When it starts boiling, the dish is left stewing for 5 hours at moderate temperature. 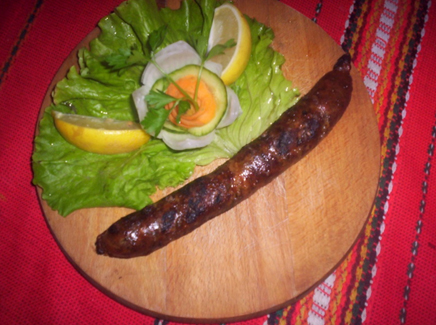 Veal and pork in bigger pieces and offal /heart, spleen, lung, kidney/ seasoned with leeks, cumin, dill, redpepper, salt and special are stuffed in thick guts and then left to dry. When it is still raw, the black pudding is served fried or grilled. 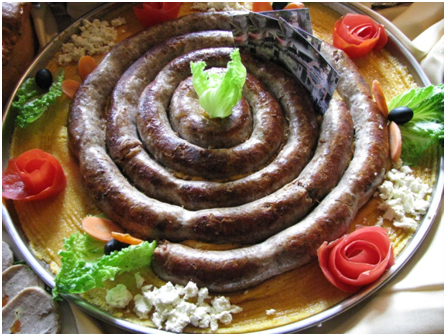 Similar to the black pudding in Bansko style, but made only of pork and offal /heart, liver/. 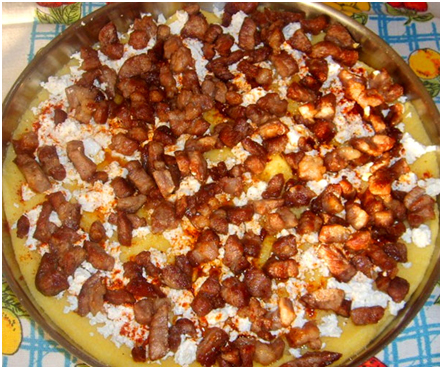 Hominy is made of corn flour and is then put in a baking dish by forming “beds” with a spoon, which are then filled with white cheese and appetizers /black pudding, bacon, liver, ribs/. 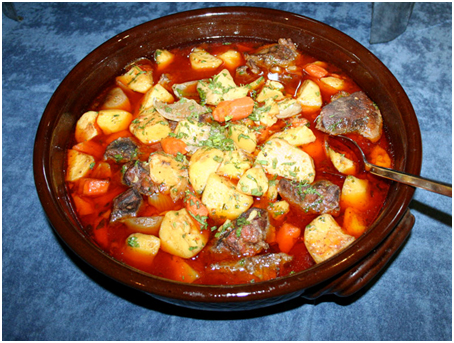 Knuckle of veal, small peeled potatoes, onions cut in big pieces, cloves of garlic are put in a big earthen pot. They are seasoned with black pepper, laurel leaf and salt; oil, red wine, tomato paste or apetitka, small amount of vinegar and water are added. The pot is then covered with an earthen lid and is sealed with dough. When it starts boiling, the dish is left stewing for 5 hours at moderate temperature /or about 10 hours at low temperature/. 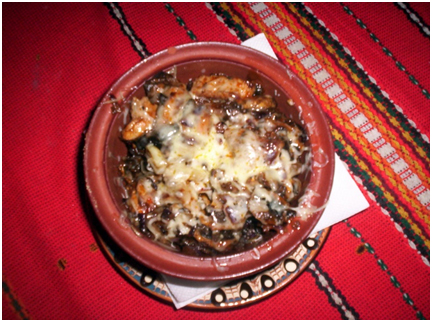 Small pieces of veal and pork tenderloin are fried in oil, chopped onions, leeks and peppers are added, then fried again and stewed with white wine, mushrooms, apetitka, salt and a small amount of water. The dish is seasoned with plenty of parsley and served in a small earthen pot.

Minced pork fillet and tenderloin seasoned with cumin, black pepper and salt are filled in pig guts that are about 25 cm long. The sausage is pressed and left drying in a well ventilated room. 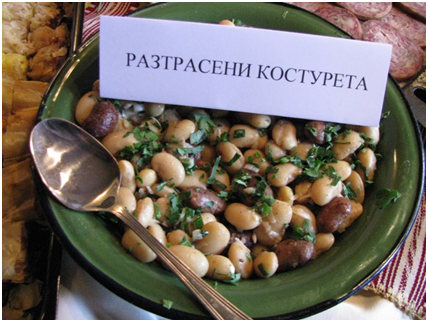 Beans is put in a pot to boil /about 15 minutes/ and then the water is changed. Bacon and chekane /beed/ chopped in small pieces are added, as well as whole dried peppers. The dish is boiled at low temperature for about three hours.

Tweet
Published in About Bansko
More in this category: « Music History of Bansko »
back to top